Novastar
Novastar-Taurus-T6
Out of stock
$346.00
T6 has been no longer in production and we recommend the alternative model as following: Novastar T50       Classification of Taurus` application cases is shown in Table:  ...
Description

T6 has been no longer in production and we recommend the alternative model as following: Novastar T50

Classification of Taurus` application cases is shown in Table:

When synchronous display is enabled, the same content can be played on different displays synchronously if the time of different T6 units are synchronous with one another and the same program is being played.

• More efficient: Use the could service mode to process services through a uniform platform. For example, VNNOX is used to edit and publish program. And NovaiCare is used to centrally monitor display status.

• More reliable: Ensure the reliability based on active and standby disaster recovery mechanism and data backup mechanism of the server.

• Easier to use: VNNOX and NovaiCare can be accessed through Web. As long as there is internet, operation can be performed anytime and anywhere.

Application cases and being user-friendly.

When Internal video source is applied, the T6 is in asynchronous mode, when

HDML-input video source is used, the T6 is in synchronous mode content can be

scaled and displayed to fit the screen size automatically in synchronous mode.

Users can manually and timely switch between synchronous and asynchronous

The T6 have permanent Wi-Fi AP and support the Wi-Fi Sta mode, carrying advantages as shown below:

• Completely cover Wi-Fi connection scene, The T6 can be connected to through self-carried Wi-Fi AP or the extern al router,

• Completely cover client terminals. Mobile phone, Pad and PC can be used to log in T6 through wireless network.

• Require no wiring. Display management can be managed at any time, having improvements in efficiency.

T6`s Wi-Fi AP signal strength is related to the transmit distance and environment. Users can change the Wi-Fi antenna as required. 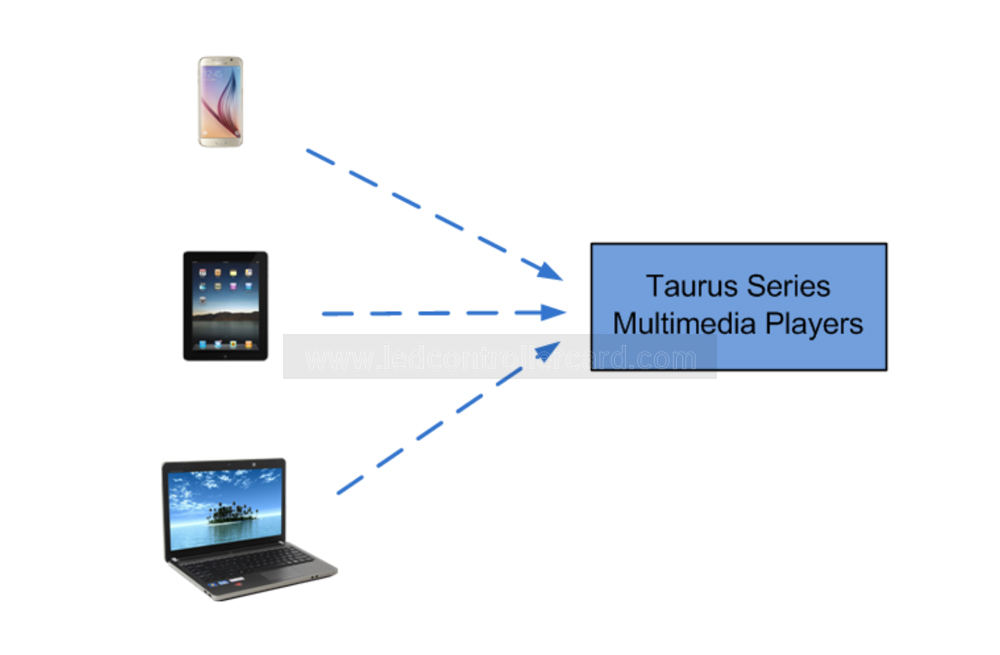 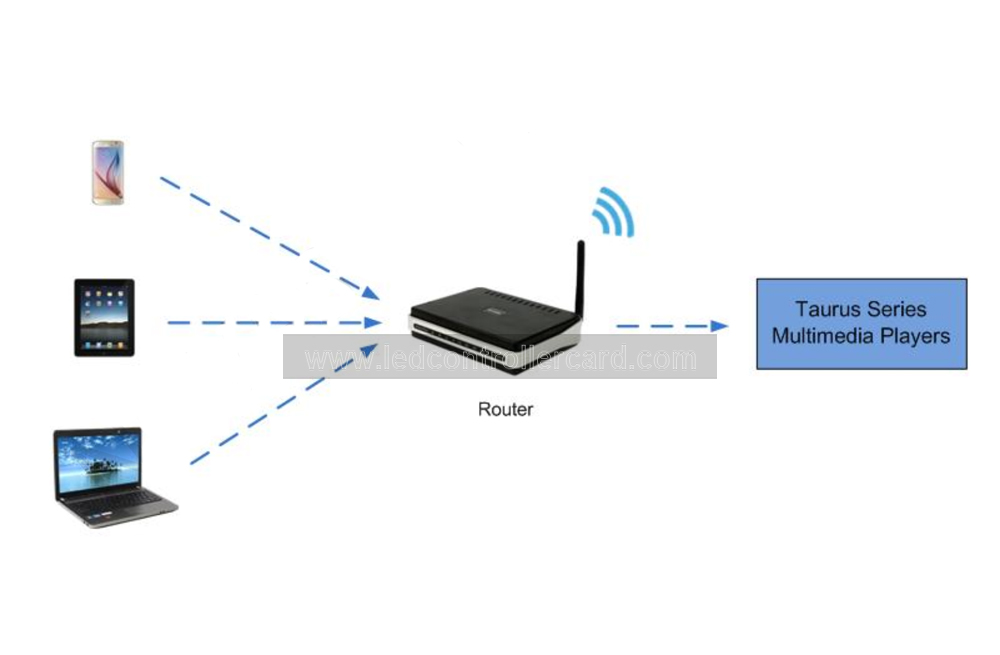 In Wi-Fi AP + Sta connection mode, users can either directly access the T6 or access Internet through bridging connection. Upon the cluster solution, VNNOX and NovaiCare can realize remote program publishing and remote monitoring respectively through the Internet.

• Ethernet port redundant backup: The T6 enhances connection reliability through active and standby redundant mechanism for the Ethernet port used to connect with the receiving card

Note: Product images provided in this file are for reference only, and the actual products shall prevail

Table 3-1 Indicators of the T6

You may return most new, unopened items within 30 days of delivery for a full refund. We'll also pay the return shipping costs if the return is a result of our error (you received an incorrect or defective item, etc.)..

You should expect to receive your refund within four weeks of giving your package to the return shipper, however, in many cases you will receive a refund more quickly. This time period includes the transit time for us to receive your return from the shipper (5 to 10 business days), the time it takes us to process your return once we receive it (3 to 5 business days), and the time it takes your bank to process our refund request (5 to 10 business days).

If you need to return an item, simply login to your account, view the order using the "Complete Orders" link under the My Account menu and click the Return Item(s) button. We'll notify you via e-mail of your refund once we've received and processed the returned item..

We can ship to virtually any address in the world. Note that there are restrictions on some products, and some products cannot be shipped to international destinations..

Please also note that the shipping rates for many items we sell are weight-based. The weight of any such item can be found on its detail page. To reflect the policies of the shipping companies we use, all weights will be rounded up to the next full pound..

Why Choose Us
1)Strong technical background. Eager-LED.com belongs to EagerLED, a professional LED screen manufacturer in Shenzhen China. EagerLED’s engineers are well experienced in all kinds of LED controller card configuration and operation and producing and using LED screens.

2)No MOQ request on all our products. You can buy even one sample to test our products before placing bulk orders.Many other suppliers have strict MOQ request,which is not convenient for buyers.

3)Quick and safe payment. You can pay by credit card through Paypal, which offers complete buyer protection and avoids having to share any of your financial information.

4))Good quality control. Our technicians inspect all the products earnestly before packaging.

5)Long warranty period. All LED controller products you buy from Eager-LED.com are under two years warranty. You can send the defective products back to us for repair during the warranty period, and we will repair them and send back to you. The shipping cost is afforded by sender.

is added to your shopping cart.

Ask the Expert anything on LED display screen products